The City is closed today.

On Thursday the Kiwanis Club in Oxnard came together for the annual Firefighter of the Year Award Ceremony. This years ceremony again honored members of our department who have stood out among their peers for their commitment and service to the department beyond the calls to emergency response. OFD prides itself on having firefighter who want to improve the department every day.  This year the Kiwanis Club acknowledged our firefighters who were able to come together on the C street incident and save a life; Firefighters Lees, McCaslin, and Todd, as well as Captains Wondoloski and Lampert for a rescuing a citizen from a burning building during the C Street Fire. Fire Explorer Dante Cornejo was given the award for Explorer of the Year due to his commitment and excellence as a member of our Fire Explorer Program.

The nominees for Firefighter of the Year included:

Captain Jim Blanchard (not pictured below) who helped to train our new fire inspectors and continued to serve as a Fire Investigator although he promoted to an Engine Company Captain during a time when the department was short staffed.

Firefighter Daniel Peters played a pivotal role in the development of our new Advanced Life Support program that ultimately brought paramedics to Oxnard Fire Department. He also helps coordinate the Spark of Love Toy Drive every year during Christmas time. Firefighter Peters was the Paramedic who performed the intubation that ultimately saved a victims life on the C Street Fire.

Firefighter Kevin Todd has been committed to developing the next generation of firefighters serving as the Lead Fire Explorer Adviser for the Oxnard Fire Explorer Program for several years. He consistently spends his days off working on the program and coordinating weekly training and drills for the Explorers.

Engineer Elias Barnes has taken on multiple projects and programs including serving as the departments Rope Officer and Hose Officer. He served as a member of the 2016 OFD Training Cadre, and currently serves as an Fire Explorer Adviser. Engineer Barnes is a member of our Peer Support Team.

Captain Greg Payne was awarded the Firefighter of the year after 14 years with the OFD. Captain Payne was nominated by Battalion Chief Karsten Guthrie due to both his work ethic and his character. Captain Payne has consistently taken on extra tasks and assignments while working at one of the busiest stations in the entire Ventura County. He has served as a mentor to many new firefighters and is an example of a leader we strive to be. His humble attitude and caring personality has made him a member of our peer support team. He also works as 1 of the 3 Staffing Captains who help mange our daily roster and staffing needs throughout the year. 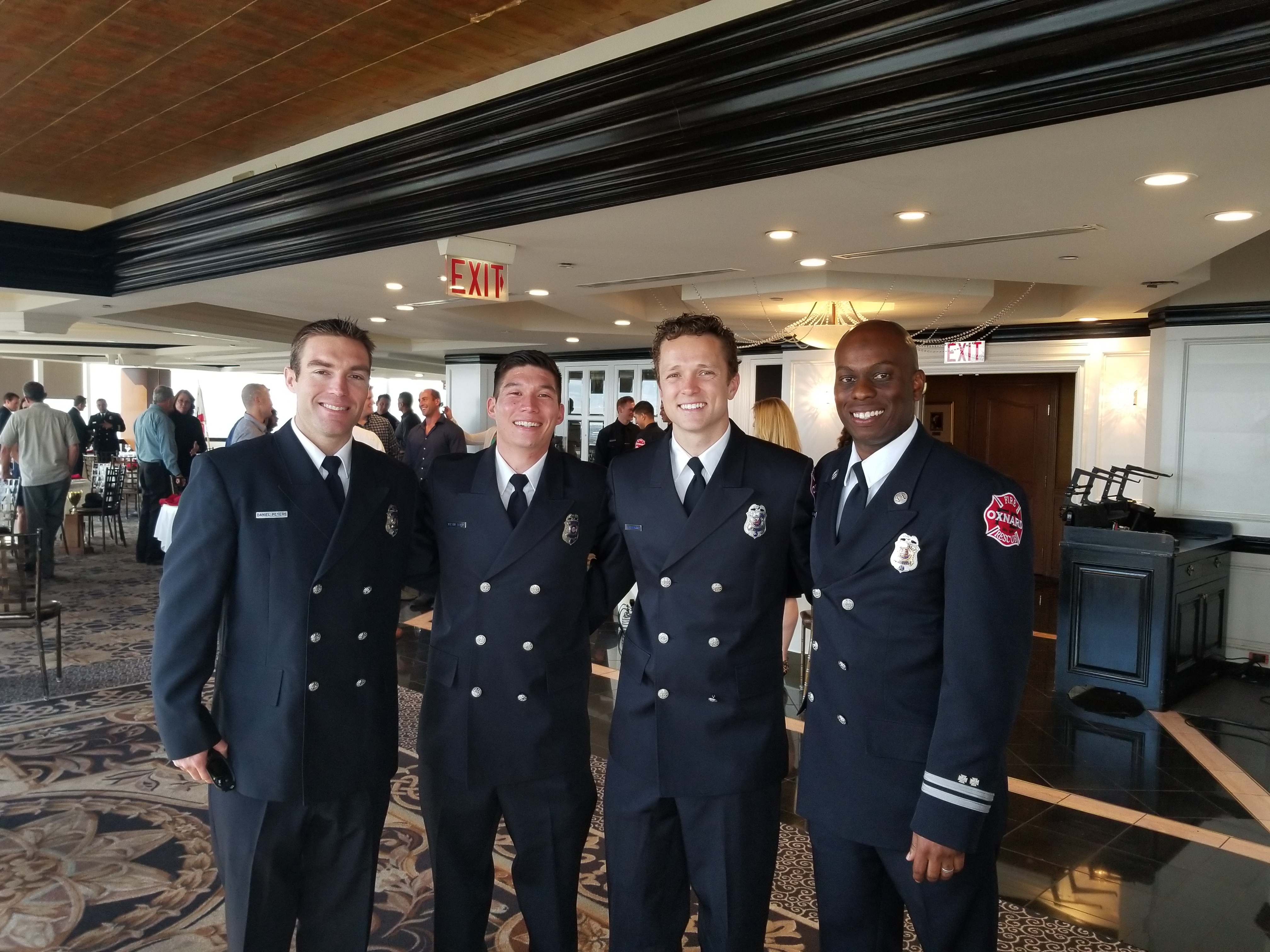